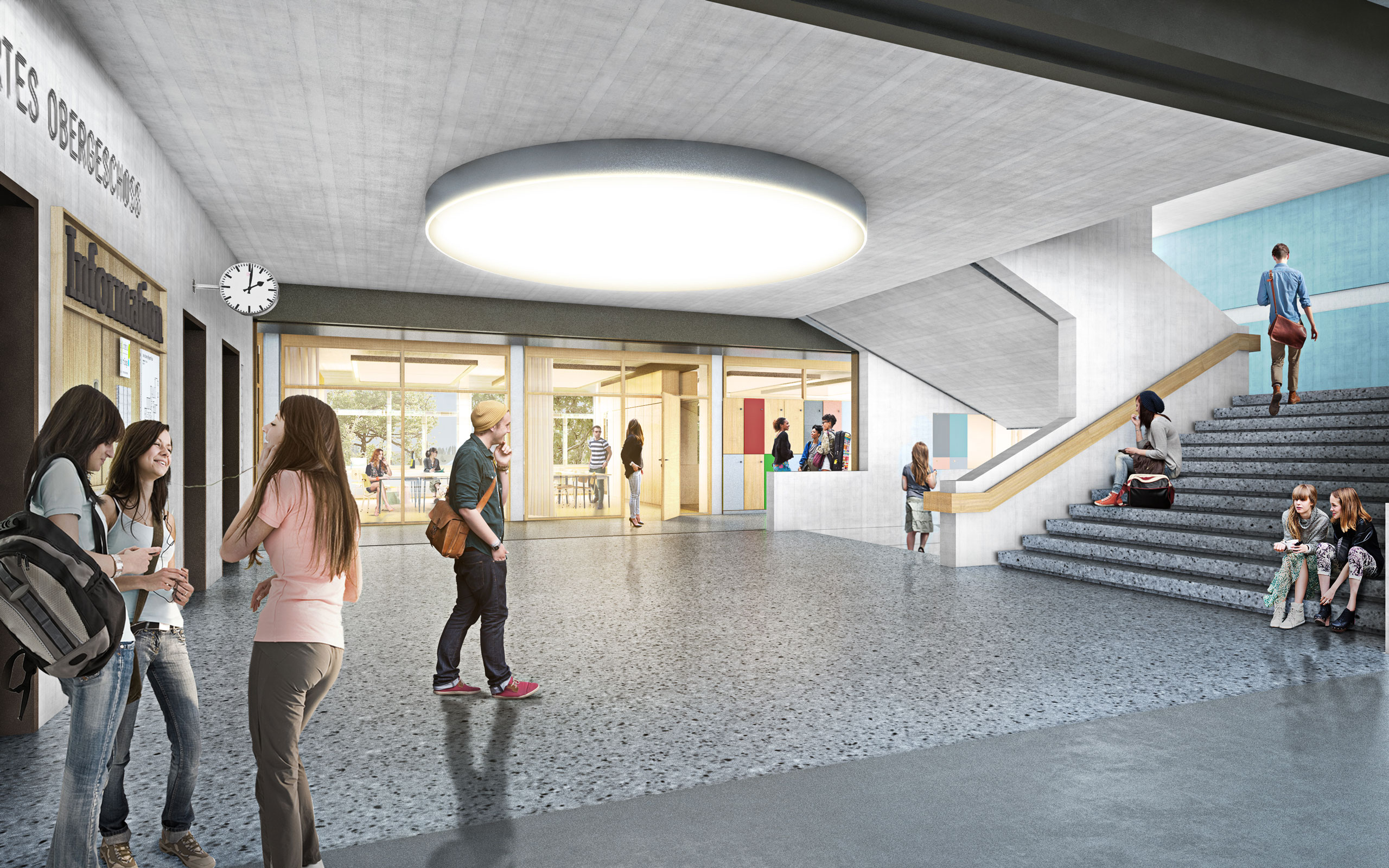 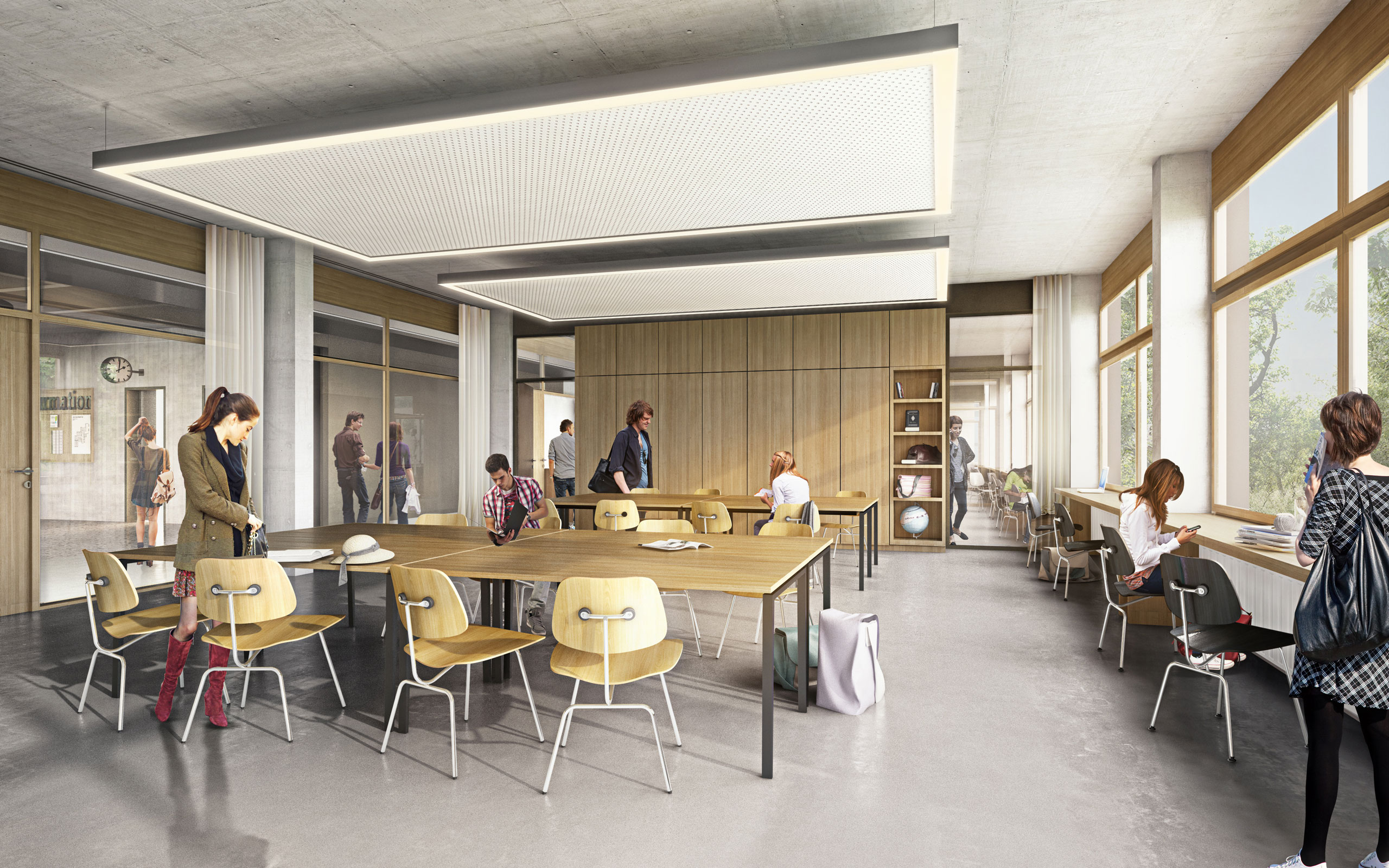 The character of the school building built in 1975 in Zurich Oerlikon is characterized by its «purposeful restraint» and the simplicity of its structural and spatial structure. According to the principle «as little as possible - as much as necessary», a gentle transformation of the existing is attempted. The existing structural and design principles are incorporated and further developed. New elements take on a differentiated form and remain clearly legible. The preservation of the primary structure and the internal insulation of the Leca concrete façade reduces the gray energy and allows the preservation of the building's monumental protection.

The rigid spatial structure is supplemented and interrupted by flexible fillings, thus creating customizable classrooms and workspaces and a higher usable density. Modular wall elements between the individual classrooms and the corridor increase the spatial qualities throughout the classroom. Transparent and switchable rooms on both sides of the staircase create a and learning environment which can be adapted to the respective learning needs and ensure a better exposure of the access areas and orientation in the building. The positioning and clear restoration sections ensure both the safety of the users and the almost undisturbed school operation.