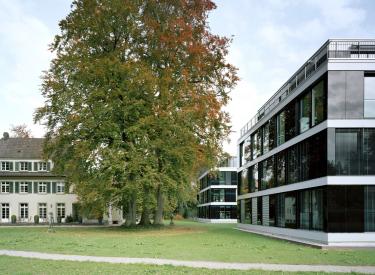 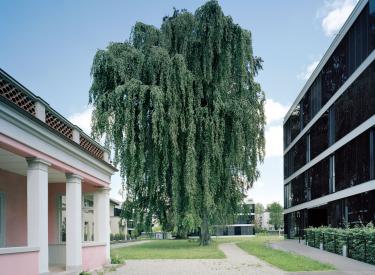 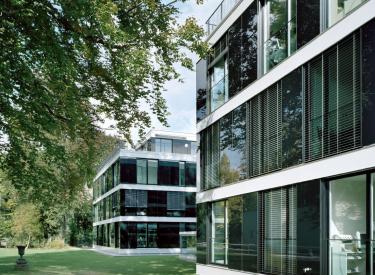 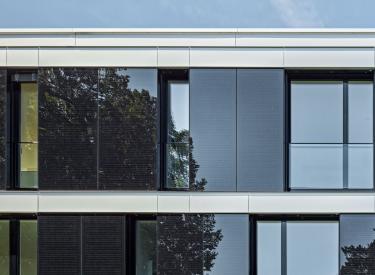 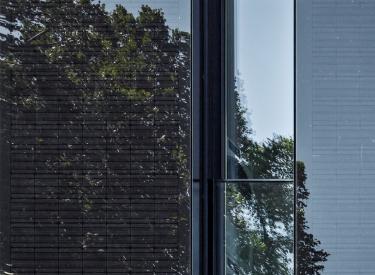 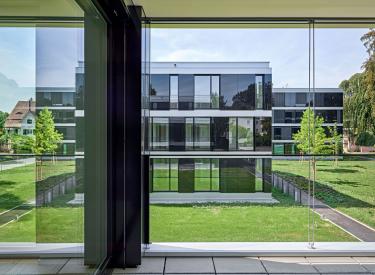 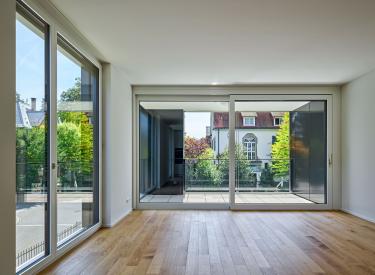 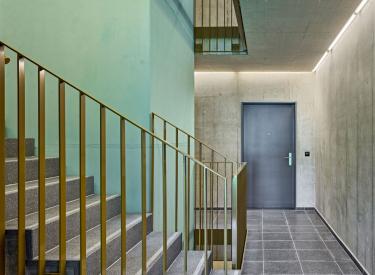 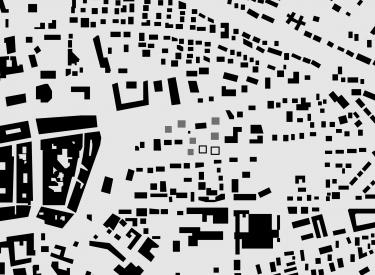 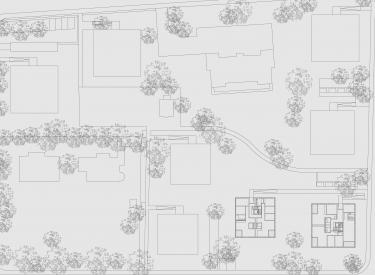 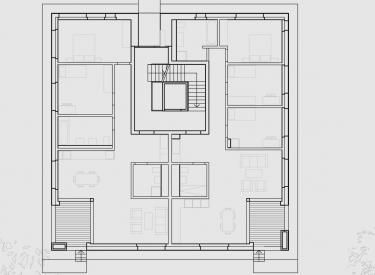 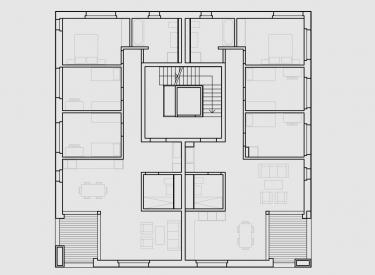 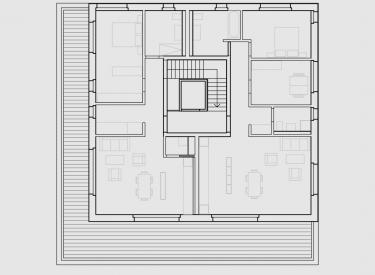 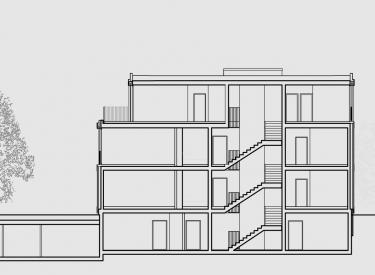 In 2010, BGP realized six pavilion-like residential buildings on the Fehlmann estate, which unite the desire for living in the countryside and living in the city. The two new buildings, which have been completing the area development since August 2020, tie in with the existing structure in terms of urban planning and design. From a distance, they are indistinguishable from the older buildings. However, if you take a closer look, depending on the incidence of the sun, you will see that today electricity-producing PV modules instead of black enameled glass panels line the buildings.

Thanks to the careful integration of the new buildings, integral parts of the park and the upper-class Villa Fehlmann have been preserved. The cubes of different sizes fit into the granularity of the surroundings and are at the same time an independent ensemble. Due to the recessed base and the reflections in the glass facades, they float in the park landscape and appear immaterial at times.

All apartments are arranged around the central access core and mostly face the park on three sides. The simple static framework spans a large, freely partitionable space that can be adapted to the needs of the residents.

The facade takes on a multitude of tasks: protection, climate regulation, representation, identification. It was a central concern that the production of electrical energy with photovoltaic modules should be added as an additional feature and allow an almost seamless connection to the existing buildings without reducing the urban and architectural qualities of the development.